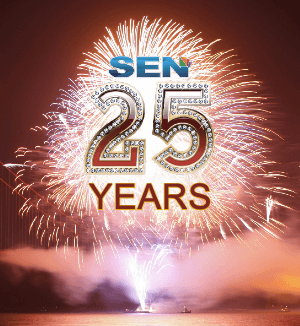 Back in February 1997, when we published the first issue of The Search Engine Secrets Newsletter (which morphed into Search Engine News the following July), I had no idea we'd still be publishing in the year 2022.

Even more astonishing is the world that grew up around the World Wide Web. Way back then Google wasn't even on the radar, Facebook didn't exist, Apple was a Microsoft wannabe (i.e., the richest company on earth). Amazon only sold books.

And, eBooks didn't yet exist until we published The UnFair Advantage Book on Winning the Search Engine Wars in January of 1997. As far as we can tell it was the first commercially successful eBook in the history of the internet — published as a humble .txt file, delivered via email, for a premium price of $97 with a 'Dog Ate It' guarantee! ...oh, and a one-year "bonus subscription" to (the yet to be published for the first time) SEN for responding to our offer "today."

Cell phones existed but they weren't ubiquitous — and they sure as heck weren't smartphones. Digital cameras were starting to appear but we were still buying film and paying to get it developed. To say that cameras, phones, and music players would all be merged into one would be speaking science fiction back then.

At the beginning of '97 the biggest news of the day was the re-election of Bill Clinton. The Lewinsky scandal was yet to unfold. Princess Diana was alive and well. Climate change was discussed but not in the mainstream, terrorism was remote, and pandemic was something you might have to look up in the dictionary because there was no "Google" for you to google it.

Y2K was the scariest forecast on the still-distant horizon. The pu...