E-A-T? What it is & Why You Should Care
by Kristi Hagen

E-A-T? What it is & Why You Should Care —by Kristine Schachinger 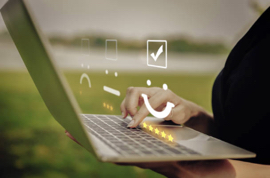 E-A-T is what Google refers to as Expertise, Authoritativeness, and Trustworthiness. E-A-T may seem new, but it has actually been around since at least 2013.

The evolution of E-A-T.

On March 29, 2013, Google first mentioned YMYL (your money your life pages) in version 4.1 of their Search Quality Ratings Handbook. This slips below the radar of many SEOs.

Then, in 2014, version 5 of Google’s Search Quality Evaluation Guide leaks. More priority is given to the expertise, authority, and trust of websites.

In July 2018, the QRGs were updated to emphasize beneficial purpose and creator reputation.

On August 1, 2018, Google’s Medic update dropped, and many blogs made the mistake of thinking this was the introduction of E-A-T.

But people who have been paying attention know E-A-T had been around for five years by this point.

-- From Better Marketing a good timeline of the evolution of E-A-T.

This question seems to be a point of confusion and some contention of late and a lot of misinformation.

E-A-T is a actually a set of measures used by Google Quality Raters so they can properly interpret the quality of the websites returned by Google’s algorithms when Google wants to test how well a set of algorithm changes performed.

As Google’s VP of Search Ben Gomes said in an