How to Avoid Getting Sued for a Website that Isn't Accessible — by David A. Hall, DDS, AAACD 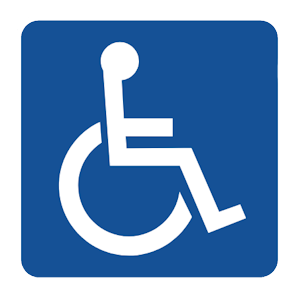 LeSage owns a mom-and-pop hardware store in the Castle Hills neighborhood of San Antonio, Texas. It's mostly a brick-and-mortar operation, but they do have a website that offers online ordering.

This past January they got a letter from a law firm in New York notifying them of a lawsuit because their website was not accessible to people with disabilities. The lawyer had a client, he said, who was blind and was also from New York, who had tried to order a hammer on their website and was unable to do so.

Trudy smelled a setup, but what could she do? She elected to pay the lawyer the $20,000 he demanded, figuring it was cheaper than going to court. Then she had a stop-gap accessibility plug-in installed on the website, added a statement that they no longer accepted out-of-state online orders, and hired a company to do a brand-new website that would be fully accessible.

The History Behind An Increasingly Common Story

Stories like this are becoming more and more common throughout the United States. Currently, about ten website accessibility lawsuits are being filed every day in the U.S. making this a topic well worth investigating to learn why this is happening.

As you may know, the Americans with Disabilities Act became law in 1990. At the time, it was directed only at eliminating physical barriers for people with disabilities. Recently, however, it has been interpreted to apply to websites. It was back in 2010 when the United States Department of Justice announced it was going to develop rules that would apply accessibility standards to websites. However, the DOJ never actually got around to doing that. Instead, in December 2017, they formally announced that they weren't going to issue any rules. They rea...