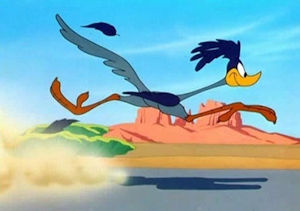 Speed Matter! Google's been drilling that point into our skulls for years and dangling high rank carrots in front of our noses to make the point. We've all learned over the last few years a fast website also can increase conversions, so it's no surprise that many webmasters are on a "speed" kick.

The resources necessary for YouTube's embedded videos typically require over 500kb to load, plus they require calls to a remote server - yes this does have a speed impact. Below is an example of the current YouTube embed code.

Note: YouTube's embed code is "not" responsive, that can be a problem now also! More on this later...

In the past we used a band-aid approach to this problem by taking a screen shot of the embed, then use that image on the page linking it either to a dedicated video page where the embed was at, or to a pop-up model window with the embedded video in it. While that method works, it's not near as cool as the method Web Developer Arthur Corenzan came up with.

Arthur a cool way to make the YouTube <iframe> "Lazy Load", which means it in this case the actual YouTube code doesn't load till you click the video image. He details the method in his