If You Aren't Using a VPN, Maybe You Should Be
by Stephen Mahaney

If You Aren't Using a VPN, Maybe You Should Be! — by Stephen Mahaney 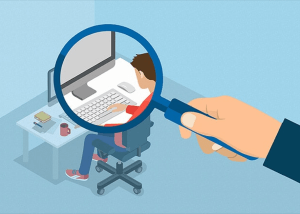 use a VPN. I have for so many years that I honestly couldn't tell you how many — at least for the last 15 years, maybe closer to 20.

Why? ...almost too many reasons to list but I'll take a crack at it.

One reason is because I hate being ripped off.

They are charging you for the service AND they are selling your data.

In the U.S. it's actually legal for your ISP to log every site you visit and sell that information to the highest, the lowest, and to all the bidders — including government organizations and large corporations. Personally, I find that to be very creepy.

But that's not the only reason I use a VPN.

Question: Have you ever tried to access a link, a video, or any other site or resource only to get a notice that says something like:

This (video, site, page, whatever) is not available in your area.

As you probably know, that's due to geolocation tracking. If you are in Seattle, and trying to access a video in Canada or the U.K. (or vice versa), for whatever reason (and there are too many to list), you may not, cannot, watch that video or access that site or resource due to some B.S. agreement that someone has with someone else. Or because of some legal thing that may not even make sense. Again, whatever.

However, by using a VPN you'll most likely be able to seamlessly, invisibly, miraculously, work around that.

For example. Sometimes I watch NFL football. Being in Hawaii, the game I want to watch probably isn't the game that's being televised in my area. And the ...