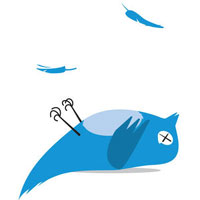 Unfortunately, there isn't a straightforward way to get Twitter to release an inactive account, but there are a few different methods you can use to varying degrees of success.

Twitter will not release inactive accounts unless the account has terms of service violations or has been out of use for about nine months (and even that's on a case-by-case basis). Terms of Service violations can include brand violations, breaches of privacy, harassment, impersonation, name squatting, pornographic content and promotion of illegal activities. If you notice the account in question is participating in these activities, you can send a direct email with the username to terms@twitter.com.

If the account has been inactive for a while, it may become available soon. Accounts that are legitimate but have just been abandoned can't be released on an individual basis but they are culled by Twitter from time to time. Clearly, waiting around and hoping that the user will release the account isn't an ideal option. To that end, here are some suggested proactive steps you can take to speed along the process.