A case study in...
Recovering a Site's Rankings from A Core Algorithm Update — by Matthew Woodward
The following is a detailed, step-by-step case study that shows how we recovered one of our client's site from a precipitous drop in rankings due to the May 2020 core algorithm update. The screenshot below shows you what happened...

But that's not all. 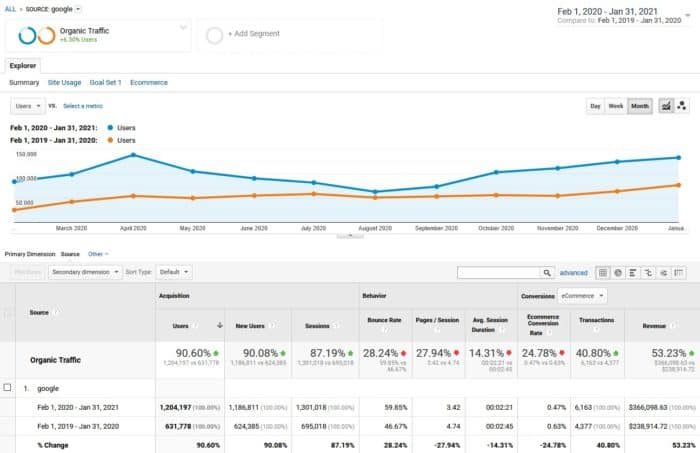 And how we managed to increase:

So keep reading because I’m going to break down for you the strategy we implemented on our client's site step by step.

Challenges We Had To Overcome

First, our client's site is competing for some highly competitive commercial terms against well-known brands and retailers.

On May 4th 2020, the website was hit by the Core algorithm update causing an immediate drop off in search traffic and revenue.

So just after the update had finished rolling out, we started to analyse our websites and we noticed that it was mostly affiliate sites that were hit.

Because most affiliate sites don't act as real businesses would. They tend not to share things like registered business address and/or phone numbers which make them untrustworthy in Google's eyes.