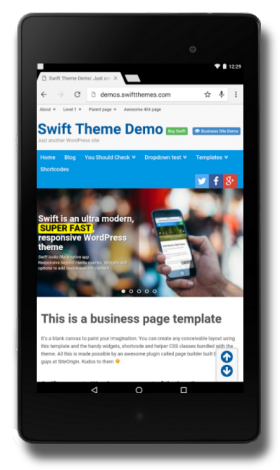 One of the most frequent questions we receive after our Mobile SEO Classes is "Where can I find a Fast Loading Wordpress Template to work with?

We initially addressed this question back in 2014 with our original WordPress Template Shootout, and it was a bit sad. WordPress developers at that time didn't really get the Need for Speed, but at least some have finally woke up and started putting out some ultra quick loading templates.

Since at this time, Google reports they score sites based on Desktop Speed, not mobile, we're reporting using Desktop Load Time as our primary ranking factor. At some point this is sure to change to Mobile load time, or perhaps even both if at some point Google develops separate ranking factors for both Mobile and Desktop.

The fastest templates we included in our report below do lack the "everything including the kitchen sink" mentality some template designers use, but they do include features we believe most web site owners will want. We've also focused on themes more oriented towards a business web site design layout.

Disclaimer: There is some variation in our testing due to server speed (aka Time to First Byte), which was beyond our control. There is also quite a variation in the theme designs themselves, which we attempted to minimize by testing a simple text page on each theme - not the home page as it often includes huge slider images.

The important factors used in this test: