An SEO's Guide to the New Gutenberg Editor: WordPress 5.0
by John Heard

An SEO’s Guide to the New Gutenberg Editor: WordPress 5.0 — by John Heard 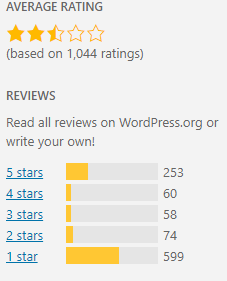 Gutenberg - the new editor for WordPress - is coming soon, perhaps as early as late August or early September, and there are a number of things you need to know. Just like when you get a new cell phone, there is going to be a learning curve. Unfortunately, we're seeing that people either love or hate the new editor - at least to begin with.

As shown by the ratings at WordPress.org, not everyone loves it, with more 1-star ratings than 5-star, which isn't a great confidence booster for a change that will affect an estimated 75 million websites!

Gutenberg was designed for those with little to no HTML editing skills to make a nice looking page easily. It's an enhanced visual editor as compared to the current Classic Editor. However, like most systems when you try to dumb it down for the masses you end up alienating those users used to the old ways and forcing them to fight the new auto-formatting system to get the results they want.

Take it for a Test Drive

Good News! You can test the new Gutenberg Editor right now as it's available for download at wordpress.org/plugins/gutenberg/ Installation of the demo editor allows you to edit your old pages or posts with either the Classic Editor or Gutenberg.

If you work with WordPress you NEED to get your feet wet with Gutenberg sooner rather than later because it's supposed to be launched VERY soon! Our advice is to create some test pages and posts to get a feel for how Gutenberg's new "blocks" system works. There are some articles trying to walk you through it step by step but since the editor is still changing so quickly they're becoming dated quickly, wh...