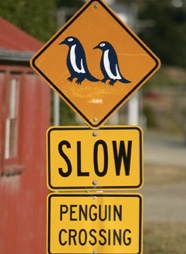 Almost two years in the making, on September 23rd, Penguin 4.0 was released into the wild and the live roll out is predicted to last for several weeks. So far there is not much change being reported within the industry nor seen within the sample of Penguin sites we track here. Per our current Penguin resources, and as far back as January's 2016 predictions article, we stated that we expected Penguin to be real time and launched as part of the Core Algorithm. Both are now true.

Remember, Penguin is only one of the more than 200 signals that Google uses to determine the ranking of your website, but is still an important part of Google's algorithm. Here are some quick key facts to review:

In light of the above, it's clear why "recov...