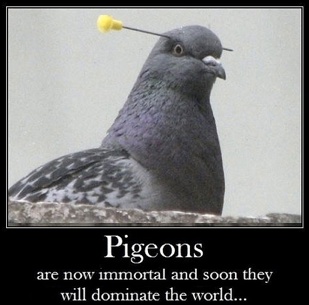 In late July Google rolled out a major Local update, which Barry Schwartz dubbed Pigeon. As usual, there was immediate speculation on what happened and plenty of buzz about who gained and who lost rankings and why.

When Google pushes out a serious update, it usually needs to be fined tuned and we're used to seeing turmoil for a few days. However, the search results tend to settle down fairly quickly. This gives the Local SEO community a chance to put their heads together, express opinions, compare findings and more or less come to a general consensus about what happened, what it means for us and how we should react to it to recover or retain good rankings for our own sites and those of our clients. This time, it's not really working that way.

About a week after Pigeon first hit, what looked to be a serious refresh to the update was reported and the Local search results are still in turmoil over 2 weeks after the initial shake up. So what the heck is going on? No one knows for sure but it's an ugly scene in the Local search results. Here are some observations on changes that have been widely reported

Spam is Back - In a Big Way

Many of the businesses in obvious violation of Google's local listing quality guidelines that had been previously cleaned out of the Local search results are now back. They're not just appearing in the Local Packs, but in more than a few cases, they're dominating them. Businesses with manipulated back link profiles are also being rewarded with great rankings again. This is a widespread complaint and not isolated to particular industries or locations.

Here's an example of a completely unworthy listing ranking at the top of a Local Pack for a search with significant volume, auto insurance new york:

No phone number, no reviews, no Web site. In fact, no indications that business really exists at all.