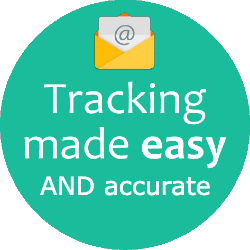 email marketing campaigns convert at high levels, they can be a company's most valuable money-making strategy. It feels like having magical powers to drive sales at will, simply by hitting send.

But in order to know whether your campaigns are converting like gangbusters or not,

You MUST be sure you are accurately tracking those sales.

That's where things can get a bit cloudy.

A few years ago I was helping a client with their email marketing program when we started noticing large discrepancies in their conversion and revenue reporting stats. A few days later we brought in the Analytics Ninja (no joke, that's the name he goes by) to audit our e-Commerce analytics tracking and make sure everything was properly set up. The Analytics Ninja went about his business in true ninja form (I still have no idea how he set everything up) and successfully completed the project.

Or so we thought…

A few days after sending our next large email campaign, our email conversion stats – now tracking as accurately as Google Analytics (GA) can – still didn't look quite right. In fact, based on our historical data,

the revenue appeared to be under-reported by about 50%.

The business owner confirmed my hunch when he showed me the actual sales in the following days after we sent the email.

So, while it was somewhat re-assuring to know we were actually getting more sales than GA was showing, I still needed to quantify precisely how much revenue could be directly attributed to our email campaigns. After all, as the email marketing guy, it was critical that I show proof to eliminate any shadow of a doubt.