The industry is a buzz about the changes Google has made to the Local Search results over the last 3 months. Many experts are claiming the shifts have resulted in the biggest changes in the Local Search space since Venice was introduced in February 2012, when localized organic results first appeared. However, from where I'm standing, these may be the most significant updates in Local Search since Google first introduced local-specific results in 2004. Let me explain what happened, what it means and most importantly - what you need to do...

The Local 7 Packs Shrunk to 3 Packs

This world-wide change reducing most local packs by 4 spots was not entirely unexpected, since we’ve seen different versions of this being tested for almost a year. Mobile search has also displayed 3 packs for quite some time and it’s keeping in line with Google’s stated goal of maintaining a single user interface across all devices.

These new 3 packs originally appeared with several organic listings showing above them, but that quickly changed. A recent study now shows that more than 93% of the new packs currently sit in the first position of the results.

The new local packs look very similar to the mobile local packs. However, for some niches, prominent new filters are in place to allow users to sort by Ratings, Price and Hours - one of the few uniquely useful features Yahoo has long offered in its local results. 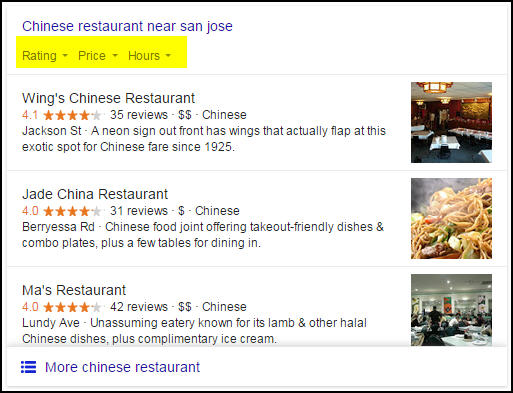 When SearchEngineLand asked Google for a comment on the new local packs, this was the response:

We are constantly exploring the best way to bring a better search experience to our users. This update provides people with more relevant information, including photos, reviews and prices, for searches that have multiple results for a given location.

In reality, there is actually muc...