Gold Rushes Never Last Forever
...but fortunes are built on the foundations they provide! —by Stephen Mahaney 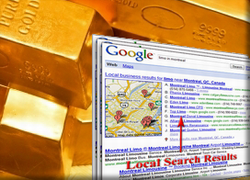 At the height of a devastating series of financial recessions, bank failures and widespread unemployment that plagued the U.S. economy throughout the decade, one of the biggest Gold Rushes in history began.

It was July, 1897 when the siren call of Klondike Gold beckoned a stampede of hopeful fortune seekers from all walks of life. Among them, teachers and doctors and even a mayor or two. They were quick to trade their respectable careers for the tantalizing possibility of striking it rich. 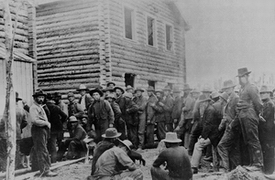 Gold miners in line to stake their claim

In fact the discovery took place in Alaska's Yukon Valley almost a year before the actual gold rush began. It took 11 months for the news to spread and the masses to arrive. But the REAL fortunes were made by the clever men who set up shop early enough to sell the necessary goods and services to the prospectors. That's right, like all gold rushes, the people who make the most money are the ones who are...

Selling Tools to the Gold Miners!

And, in respects to that entrepreneurial formula for success, nothing has changed!

To the discerning eye it's plain to see it's happening again. Recently CNN published an article titled The Top 10 tech ...