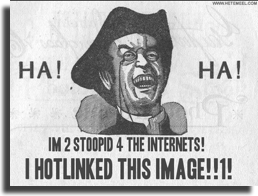 Google rolled out a new Manual Action Penalty called Image MisMatch, which is put in place when an image displays differently in the search results than it does on the actual page it's located. Sounds like yet another penalty targeting Web sites leveraging cloaking strategies.

Unfortunately, business owners making an honest attempt to protect their images from hot linking and other forms of image theft are also getting hit with this penalty. Within this article we'll explain what exactly triggers this penalty, how to avoid and finally how to get rid of it if you receive one.

January, 2013 Google changed image search to no longer show the Web site where it found the image and switched to only show the image itself out of context. This cut image search traffic to sites tremendously as click through rates fell through the floor, over 50% in many cases. In their own defense, many sites like Fanshare.com and Pixabay.com added watermarking or anti-hot linking techniques to help recover their traffic, and it did help. Those sites saw a reasonable recovery of their traffic.

Later many sites found that the watermarks also drove down their click through rates from Image Search, so they discontinued the practice. However anti-hot linking scripts have been used for many years to prevent image theft with the highest use in the adult industry. Most of these sites using anti-hot linking methods did it without regard to what Google thought about the practice - that is until this new penalty.

PLUS, as a Full SEN Basic Member, you'll be eligible for hundreds of dollars of discounts on SEO courses ranging from beginner to master on a variety of topics including organic search, local search, ecommerce SEO, WordPress and so much more.