Is Your Business Sitting On A One Legged Stool?
by Keith Saye

Is Your Business Sitting On A One Legged Stool? — by Keith Saye 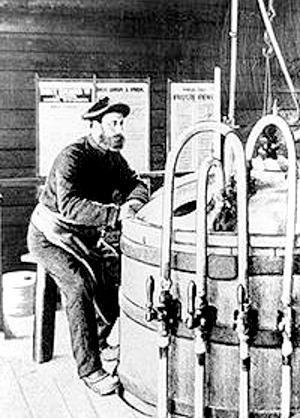 Man sitting on a one legged stool stirring nitro glycerine

When nitro-glycerine was first produced, it was made in batches. To maintain a level temperature and keep it from exploding if not constantly stirred, the men who stirred the pots were seated on "one-legged stools" so they wouldn't fall asleep.

As one visitor described the scene...

The surroundings are rather trying to sensitive nerves - your life depends, at every moment, upon a thermometer and a man on a one legged stool.

When speaking with new clients, I often use this analogy. I tell them to...

Think of Google as being the nitro-glycerine that needs constant attention because your livelihood is otherwise in danger!

It illustrates how fragile their business actually is when it's dependent on just one source of visitors.

And it doesn't stop at Google, either. People get their main traffic from other sources too, not just Google, and in many cases not even Google. I've had clients who were completely reliant on Facebook posts, others on Instagram and even one whose main thrust was trade shows.

SEO is alive and well

Don't worry — this is not a 'Search engine optimisation is dead' moment; BUT it IS a 'look at the traffic coming to your website as ...