The Ultimate Guide to Avoiding Google Penalties
by Casey Markee

The Ultimate Guide to Avoiding Google Penalties — by Casey Markee
...and how to remove them if you ever do get penalized! 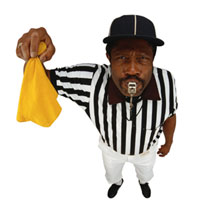 Every day, thousands of webmasters seek to gain a winning hand in that elusive algorithmic poker game known as Google. In their relentless quest to achieve better page rankings, many are tempted to exploit less than sound SEO strategies in the hopes of gaining a competitive advantage over their rivals.

But, like the mythological Icarus who took to the sky on wings of wax, such fatally-flawed schemes, although successful in the short-term, are doomed in the long term to plummet from whatever lofty heights they attained.

It won't do you much good to temporarily rank at the top of Google. Your goal should be to stay ranked for a significant amount of time (We like to think at least 5 years!).

The Most Common Strategy that Leads to Google Penalties...

Too many of the wrong Backlinks! Obtaining a lot of backlinks all at once actually works...for a while. It isn't unusual to see your site's pages soaring up the rankings week after week. Pretty soon you're on the front page, seemingly entrenched in the first few search results. Your spirit is gliding on the breeze of a soaring hit counter.

"This is all too good to be true," you think to yourself. Guess what...It is!

Suddenly you notice that your site is falling, for no obvious reason, down in the search results. Your online wings of wax are melting fast against the blaze of Google's scorching scrutiny. What happened?

Most likely, these are the red flags that Google went after...