The Local Three Pack is Now Two and an Ad


At SMX Advanced, Google announced that they will be placing paid ads within the three pack. According to the presentation we are lead to believe that the local pack will now include two organic and one paid listing. Yes, if Google follows through with this then anyone will be able to pay for a spot in the local pack. A spot that was previously only held by those that have worked long and hard to get there.

As reported at The SEM Post, the ads have gone live but they're not currently invading the local three pack and the only ads in sight are sitting above them. 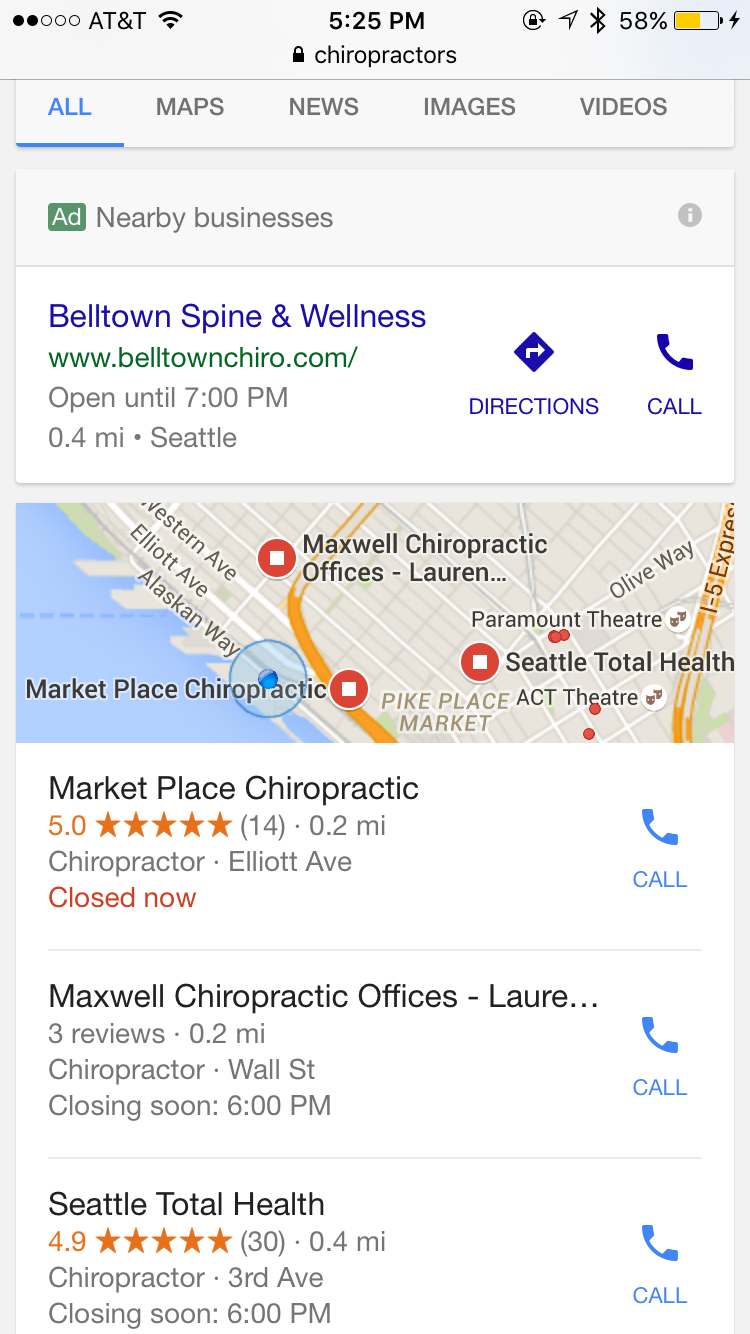 When one of our MasterMind members reached out to his Google rep for clarification on how to become eligible for that coveted spot, the change was confirmed and they went on to say:

As long as you're running Location Extensions in the account, you should be eligible for this ad type. There is no separate action we need to take to get the ads in the 3-pack. With "Local Service Ads", you'll now see ads in the results for Google Maps (desktop and app) and then under Google Search.

Joy Hawkins, tweeted the announcement from the SMX event with a quick response supplied by Dave DiGregorio of an example he saw already creeping into the results.

@JoyanneHawkins looks like it's already rolled out for hotels, and worse... seeing 2 ads in the 3-pack for this one pic.twitter.com/XRBgaWmq79

Right now, it's one ad at the top that is difficult to distinguish as an ad unless you're looking for it. How long before all 3 local pack spots are paid? (Hint: the Nearby ad format already does this.)

PLUS, as a Full SEN Basic Member, you'll be eligible for hundreds of dollars of discounts on SEO courses ranging from beginner to master on a variety of topics including organic search, local search, ecommerce SEO, WordPress and so much more.