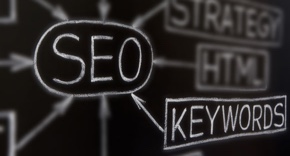 When Google announced their new RankBrain AI in 2015, and confirmed that it became the third most-influential ranking signal contributing to the result of a search query, that was big news to SEOs everywhere.

RankBrain was Google's response to a head-scratching problem they've had for years:

How do you return relevant search results on the 15% of daily search queries that have never been searched for before?

15% may not seem like a lot, but when there are upwards of three billion searches a day, that amounts to an intimidating 450 million daily searches!

That's a lot of long-tail queries! Imagine for a minute that you are the SEO optimizing for that missing and undefined 15%. You may imagine several basic questions coming up like..

How do I identify these keywords?
...and why are they so important?

To answer these questions we need to do two things. First, define the concept of long tail keywords; and second, understand the consumer buying process that leads to users surfacing these keyword phrases.

Long Tail keywords are those 3 and 4-keyword phrases which are very, very specific to whatever you are selling. Whenever a customer uses a highly specific search phrase, they tend to be looking for exactly what they're actually going to buy.

In virtually every case, very specific searches are far more likely to convert to sales than general generic searches, which tend to be geared more toward the type and depth of research that consumers typically do prior to making a buying decision.

In our previously p...