Mobile-First Index: What You Need to Know 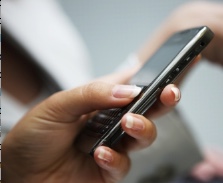 Google's announcement of a Mobile-First Index being tested, with hopes of it being released in a few months, has many SEOs on alert. Currently the way things work is that Google looks at the desktop version of a page to decide how to rank it and what structured data is in place for BOTH their desktop and mobile results. When someone is searching on mobile, Google will add the promised mobile friendly boost and serve up the mobile version of the page when applicable.

One of main reasons Google is changing their index to be based on a site's mobile version for BOTH the mobile and desktop results is because we now officially have more people searching on mobile devices than desktop computers worldwide — and that number is still growing dramatically. Far too often these mobile searchers are finding content that may be full and comprehensive on a desktop but is shortened and less-than-impressive on mobile. So to fix this, Google is working toward serving a Mobile-Only index to everyone.

Google is doing its best to address everyone's concerns during the testing phase of this new index. As such they've released some recommendations and info for you to review in order to enhance your chances of staying on top after this next major shift takes place. Mind you, this advice is for any website that does NOT already have a responsive design in place because responsive sites will be ranked exactly as they currently are (i.e., nothing changes). So...

For Non-responsive sites - here's Google's advice on what you need to do: